The neck of my 18-year-old son was bent over the bathroom sink, and I took this as a good moment to bring up the subject of recreational drug use. Eli was heading to Gathering of the Vibes, and he had spent the morning packing the car and communicating with the two buddies he was traveling with. Time ran out, and, instead of going to the barber shop, he enlisted me to cut his hair and shave his neck. 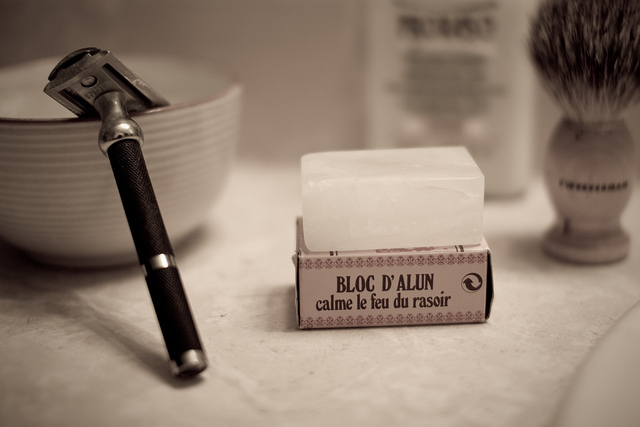 “Eli, I know there can be a lot of fun and debauchery at these music festivals.”

Silence from the young man.

I pressed on. “On Sunday I read an article in the newspaper about this new drug – “

Eli interrupted me. “Yeah I read that. Bath salts.”

“Right, bath salts. Anyway, so a lot of times at these big public festivals, people are having a good time – and I totally get that – and sometimes doing impulsive things. Like saying yes when someone offers them a new drug. They think, oh, what the heck.”

Eli was shirtless, and my hand was on his naked shoulder. He sat on a desk chair I had pulled from a bedroom into the bathroom and faced the sink, not me. “Mom, everyone knows you should never buy anything from someone you don’t know.”

“I’m not sure you are getting my point. Eli, people are getting pretty fucked up from this drug. The damage lasts for months.” [Note: This is the first time ever I addressed Eli directly with the F-word. It was the best word in the situation.]

“I don’t think you are. But I do think people let down their guard when they’re having a good time and – “

“Well, I just wanted to bring this up so you could think about it ahead of time. I don’t want you to make a foolish decision and end up in the emergency room.”

The wet shaving with a razor hadn’t been going so well, so I wiped the white Noxema foam off his neck and tried the electric shaver. Not as close a shave, but an easier go for me.

“Mom, did you ever think that article is exactly in line with the anti-marijuana propaganda of the thirties?”

“What?” I asked him. I felt disoriented, and I wondered if I had spaced out during some point of our conversation and lost the logic trail.

“So that article in the New York Times could be propaganda, attempting to frighten people just like how propaganda in the 1930s tried to get people to fear marijuana. Notice how the reporter didn’t include any information from people who were not hurt by using it.”

Whoa. He changed the terms of the argument. I never know what to do when this happens – when a smart and quick-witted person throws me a conversational curveball. Often, I end up mute, an argument loser.

“Eli!” I was scrambling. All I could think of was his name and my tone of voice: serious, plaintive.

His neck was as smooth as I could get it with my amateur hands and tools. I wanted to abort the conversation right there. There was no way I could win, persuade him, get him to the point where he would say, Mom, thank you so much for bringing this to my attention. Obviously, you care a lot about me and want me to be safe. I am going to heed your words. If only.

However, just because someone plays devil’s advocate doesn’t mean they hold a trump card. While it would have been easier to throw in the towel (the one covered with shaving cream and tiny dark hairs), I persisted and went back to my original position.

“Eli, the point is, I want you to have a good time at the festival and not get hurt. People think they’re invincible when they’re not. Think ahead and don’t be tempted.”

“Mom, it was just the devil’s advocate talking.”

It would be so much easier as a parent to adopt a Don’t Ask/Don’t Tell policy. Conversations would be cheerier and sleep easier. I wouldn’t have to recognize that my children are individuals, with their own desires, choices, and consequences. Wouldn’t the world of parents and children be more harmonious if our values and behaviors were homogenous?

While I prefer peace to discord in all relationships, to believe that’s possible would be naïve. Worse than disagreement, however, is empty or absent communication, to not know or be known to the people dearest to us, including our children, including the rough spots.

Last night I texted Eli late to see if he and his friends had arrived safely at the Gathering. I went to bed having not heard back from him. This morning I checked my phone.

He wants to have fun, and of course I want him to. It’s my job that he be safe (and hydrated — there’s a heat wave this weekend).

I want both of what we want to be possible.

—–
Image, “Bloc d’Alun,” by daveoratox on Flickr via a Creative Commons license.

15 thoughts on “Shaving the devil’s neck”