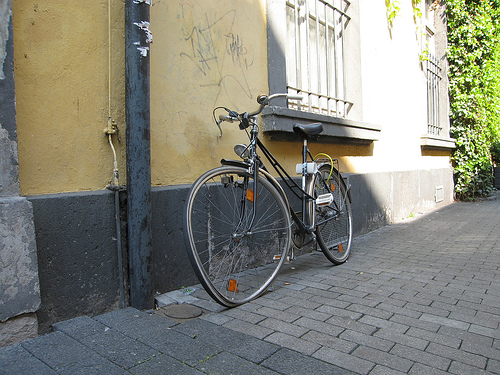 Many years ago, some Kokernak family conversation was being had, and this exchange between my father and my sister Emily occurred:

Dad: Do you think our family is dysfunctional?

I don’t remember which function was the topic of concern (perhaps all the times my father threatened, when we were misbehaving in the car, to pull over and make us run alongside?) or if that’s exactly what Emily said (perhaps she said, “Like most families, we’re more or less functional.”) or even if I was there (perhaps I was only told of this exchange, and my imagination promptly filmed it and added it to the memory storehouse). However, I have long considered Em’s comment brilliant.

And two days ago her comment returned to me, when I realized suddenly how it applies to my family, the one I live with.

Grace was home sick from school. She woke up with an earache and other unspecified complaints, and, without a fuss, I caved in and let her stay in bed, even though her forehead was oddly cool and her aspect rather alert. I called her in sick, and I rearranged my own commitments by e-mail.

At, oh, around 11:30am, Grace and I were sitting at the kitchen table having a rather companionable cup of tea. I asked her how she was feeling. She answered promptly with this little speech, as though all morning she had been mentally rehearsing it:

That’s the moment when I recalled Emily’s line about families being more or less functional. And, yes, I noticed too Grace’s skillful use of the third person, as well as the genderless “parent.” I mean, she wasn’t exactly accusing me of needing a break or herself of trying to give me one; this was all by implication.

We did enjoy our shared mental health day: the earache resolved, lunch was enjoyed, books were read.

The family wobbles along.

P.S. Dad, I love you and I’m not trying to bust you — we always thought it was funny when you pulled the car over, and often we wished you would let us run alongside.

6 thoughts on “– More or less functional”