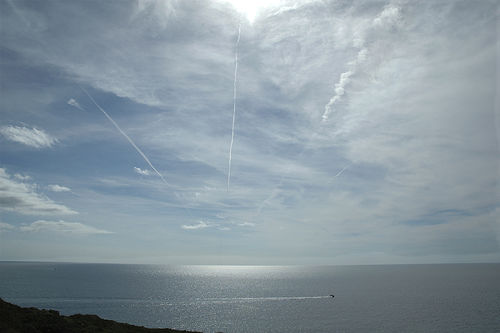 "Eyes the shady night has shut," by Iseult

In a conversation about Ted Kennedy’s death and the Massachusetts response, James asked me about what he called my “JFK Jr. project,” a piece on the summer of 1999, when I became scarily obsessed — unusual for me — with the story of the crash of the plane piloted by John F. Kennedy, Jr. and carrying his wife Carolyn Bessette and her sister Lauren.

Earlier this summer, I drafted an essay and then shortened it into a script for a digital story. I recorded it, with help from Anthony Sweeney, in a workshop conducted by my MIT friend and colleague, Lisa Dush, who runs Storybuilders. Later, I edited it in Audacity.

It’s about 4 minutes long, and you can listen to it by clicking the SoundCloud arrow. If you prefer reading, you’ll find the text of the story after the jump.

If Only We Could Go Back. If Only.

We signed the papers and moved into our first house on June 18, 1999. The movers unwrapped our furniture and stacked the boxes in rows, and then they left us. My husband went back to the office. Our two children, a boy 6 and a girl 3, went outside, hunting for other children. I started the long process of unpacking boxes, wiping out kitchen cabinets, and finding contractors to right all the wrongs in our fixer-upper.

I missed our old, tidy apartment. I missed Dan, the white-haired mayor of our old street. At night, in bed not sleeping, I heard the creak of branches on the roof and imagined the comforting footsteps of our former upstairs neighbors.

A month after we moved from one side of town to the other, John F. Kennedy Jr. piloted a plane that disappeared on the way to Martha’s Vineyard from New Jersey. John and his wife Carolyn Bessette and her sister Lauren were lost for days. The media dived into the story and maintained constant coverage until the bodies were found. In that in-between time, I, normally not a tv watcher or Kennedy follower, became obsessed with the story.

During the day, our house was empty but for me and a long list of tasks. I’d turn on the radio and make a pretense of unpacking: rip the tape off a box, place the items on the floor, and lose interest. The news announcer had my attention: Kennedy and the two sisters, still not found. The search went on and on.

I’d take a break from boxes and walk over to the store and stand in front of the newspapers and magazines, studying the photographs of John, of Carolyn, of the peaceful ocean near where the plane disappeared. I noticed the details of their beautiful faces and clothes, and I pictured them alive in the plane under the water, with a pocket of air in the top of the cab, and the two of them and the sister with their noses pressed into that pocket of air, trying to stay alive and wait for rescuers.

When my children came home from daycamp, I’d drive with them to Sally’s house, where I knew the tv was often on. For some reason, it seemed too much a transgression to watch my own television. At my sister’s house, I situated myself in a chair facing both her and the screen. I pretended to talk to Sally although my peripheral vision was taking in the news: endless images of the ocean, Coast Guard helicopters and boats, headshots of various Kennedys, the newscaster.

In People magazine, I scrutinized file photos of John and Carolyn’s wedding, noticed their clasped hands. Was it true love? I glanced at the iconic images of Jackie O. and was glad she had died before this. My heart ached for Caroline Kennedy. Father, assassinated. Mother, cancer. Little brother, lost.

My thoughts raced constantly. I was ashamed of my lack of control and didn’t tell anyone. Losing my grip is not something that happens to me. Friends call me when they are losing their grip. I was the sturdy one, sane.

At night, though, in bed and not sleeping, with my husband snoring beside me, I’d try to think John’s thoughts, in the moments in the plane after he lost control. What made me think I could fly this? If only we could go back. If only.

The plane went down on Friday night, in a dense sky called a “black haze.” Five days later, on Wednesday, July 21st, the bodies of John, Carolyn, and Lauren were recovered. Although an investigation into the cause of the crash continued, “a period of uncertainty” ended, according to the Washington Post.

While I remained sad that summer and burdened by many unopened boxes, my thoughts quieted down. I put the event, and the news, behind me.