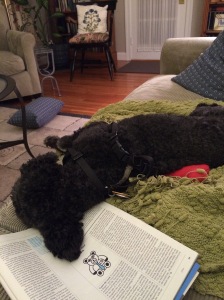 Ten minutes ago I searched for a photograph of “Jennifer Lopez without makeup.” I really did that. Her bare face is good and looks like her, although the photo caption claimed that “She is unrecognizable!”

This is not true. What makes Lopez so beautiful in full makeup, I’d argue, is that her basic face is very strong. It’s like an apartment or house with good bones – put a long narrow couch in the living room and a picture on the wall and it’s stunning.

I put the timer on for 24 minutes, the amount of time I would set aside for a nap. (I do time my naps so that I don’t overindulge and later have trouble sleeping.) What’s wrong with me?? Must everything be rationed or limited? In childhood, time could be wasted. You even had to kill some of it, there was too much.

My friend Lee is blogging daily, and Susan almost every day. I love when I get email notification that there is a new post from one of them. I’m excited, even though for the most part they are not writing essays, or full accounts, or incisive commentary. I love their posts, in fact, for not being any of those things. There is no thesis or provocation, and yet their words linger, make me think new thoughts (even if little ones), and best of all make me want to write things down.

I have been writing things down in letters, condolence notes, lists, and notebooks. There are a few personal emails but that as a medium for keeping in touch has become fraught or almost disappointing in advance. Will an email be read or shoved aside until there is more time later? Would the recipient rather I had instant-messaged them? Or will we all end up replying to replies, as Heidi Julavitz remarked so aptly in her odd yet riveting book, The Folded Clock. Note: Lee or Susan, I wonder if you have read any of this book and what you think of it.

The trick with free writing is not to look at the clock, to just keep going.

Winston the Dog is dozing next to me on the couch. He seems content just to be with us: Where you go, I go. If someone were to go stand near the kitchen door right now and rattle his leash, he would spring into full energy and run to meet them. Hey, yeah, let’s go outside, I’m ready! This is a wonderful thing about a dog. He doesn’t need the transition time or the grouch time or the resistance time that people do. He would never say, “One minute!” and then take 10 minutes. (I do that.) Every state is immediately attractive and doable.

All day at work I have to think and say smart things. Today with a colleague I gave a lecture on genre. In addition, I met with my seminar-style class on technical communication in chemical engineering, and I really liked them. So engaged! We talked about rhetorical moves and the use of sources in a research article. Funny, though, you can be talking about something really dry and impersonal and still feel as though you are giving something of yourself to other people, and that they are giving back. It may be the nonverbal stuff: the eye contact, furrowed brow, the smiling and looking ready, the one girl who kept politely trying to talk but was interrupted though finally I managed to circle back to her, and me flustered for a few minutes when the room projector failed and I tried to be cool while inside I was thinking, “Do I look like the idiot humanities person who can’t work a projector?” (Trust me: I can work a projector.) Maybe the students perceived both my composure and my insecurity.

I don’t always know or feel when I am nervous or insecure, but my body gives me a sign that I am: when I am not looking people in the eye, I’m nervous, and I notice this and say to myself internally, “Jane, look at them,” and then by looking at them I overcome the nervousness that I wasn’t quite aware of feeling.

The timer went off. My 24 minutes is up. I’ll keep going. There is one thing I thought I might work my way up to in writing but I haven’t yet: a paragraph in a short essay by Sheila Heti on “Sick Days.” It was in the Times a few Sundays ago, and I’ve been saving it. Winston’s head was sprawled on the folded magazine. She writes:

Sick in bed is a bit like Halloween: a day on which you can wear a costume to express the parts of yourself that can’t normally be expressed. In this case, what can’t be expressed on other days is that all of our activity is ultimately worthless, that we are going to the grave, that being busy is largely about keeping up the appearance that our lives mean something, our relationships mean something, our work means something and crossing things off a list means something. It’s true. These things do mean something. But they also don’t. Sick days are like Halloween; days on which you can live and dress up wholly in life’s bleakness. The costume is simple: It’s bed.

That paragraph is an achievement. If I came up with that on any given day I would think to myself: Yes, I know what I’m doing.

By the way, Sheila Heti and Heidi Julavitz are friends and collaborators.

I also read that paragraph shortly after having completed some major household organizing tasks and feeling both proud and also helplessly yoked to projects requiring effort. Sheila Heti is right. Who cares if the linen closet is so beautifully ‘edited’ (yuck) and arranged?

Only me. I do care. And caring can be a self limiting factor.

You might rather be reading about Winston right now. I would rather be writing about him. He’s sleeping with his harness on. He stirs as though dreaming, breathes deeply, and licks his teeth. His right front paw is crossed over his left, suitable for the dapper boy he is, asleep.

6 thoughts on “Tuesday night on the couch with the dog”