I was pulled along by the dog.

It was morning, shortly after Grace had left for school and Jimmy for work. A day at home, grading papers and fixing the bathroom sink, stretched ahead of me.

In the cemetery, besides Winston and me, was only a green public works truck parked on one of the roads with a man in the passenger seat drinking his coffee out of a Dunkin’ Donuts cup. There was no driver visible. Perhaps it was just this guy, resting at the beginning of the day, in the passenger position in his own truck.

I remembered a day when I was about 16, walking from my house, through my neighborhood, through another one, and then through a cemetery on the way to Pine Street to walk to my job at the pharmacy in the center of town. I took the back roads looking for a short cut, but it would probably have been just as direct to take the two main roads, Pleasant Street to Main Street. My route, probably 2.5 miles long, seemed deserted, although there were plenty of houses along the way. It was autumn, and I kicked the eddied piles of leaves along the way. I wore a blue-flowered quilted jacket made by my mother that had a band collar and frog closures, which together made it “Chinese style” to me in my limited knowledge of other cultures.

This is not the first time I recalled that day, which is so memorable to me, not for its eventfulness — nothing actually happened — but for a feeling of happiness and oneness with myself. All conditions gave me the feeling of simply being that made me realize I can be my own best company and contented alone.

In my present life, I have been reading The Trauma of Everyday Life, by Mark Epstein, MD (Penguin Books, 2013). He is concerned with Buddhism, psychotherapy, and the transformational power of trauma, about which he writes this:

Trauma is a basic fact of life, according to the Buddha. It is not just an occasional thing that happens only to some people; it is there all the time. Things are always slipping away. Although there are occasions when it is more pronounced and awful and occasions when it is actually horrific, trauma does not just happen to a few unlucky people. It is the bedrock of our biology. Churning, chaotic, and unpredictable, our lives are stretched across a tenuous canvas. Much of our energy goes into resisting this fragility, yet it is there nonetheless. (197)

The book is punctuated with personal stories from his own life and other people he knows or has encountered. The death of his father from brain cancer, which occurred when his doctor/father was an old man, is told in fragments over the book. 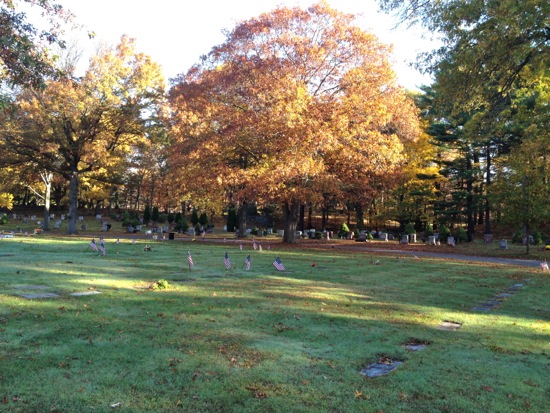 I was very moved by the account of a conversation he had with his father when the older man’s days “were severely numbered” and Epstein started to wonder if he should “try to talk to him about what I had learned from Buddhism” (179). The challenge, he realized, was to talk to his father in plain language about concepts the father had never, in his life as a doctor, ever studied. The father had also habitually avoided the topic of his own mortality. “This is not an uncommon strategy for dealing with death,” remarks Epstein in the book (180).

Epstein calls his father on the phone from his office:

“You know the feeling of yourself deep inside that hasn’t really changed since you were a boy?” I began. “The way you have felt the same to yourself as a young man, in middle age, and even now?”

My father voiced his assent. I was trying to summon the place of intrinsic relational knowing for him. It is there, in our own subjectivity, although it is difficult to describe. We know ourselves from the inside: We have an intuitive feel for ourselves that is outside thought. And we relate to other people, indeed to the world, from this place. […]

My father, as best as I could fathom, seemed to understand what I was getting at.

“It’s kind of transparent, that feeling,” I went on. “You know what it is, but it’s hard to put your finger on it. You can just relax your mind into that space, though. The body comes apart but you can rest in who you have always been.” Death is like taking off a tight shoe, I wanted to tell him, but I wasn’t sure he would believe me if I went that far in the conversation. […]

No one in my life is dying right now, and I have not lost a first-degree relative by death as Epstein and many people have. I am less interested in Epstein’s thinking as it applies to death than I am in how it applies to our inside, intuitive knowledge of ourselves at moments of awareness, if we allow ourselves to welcome that knowledge, have it, abide with it.

I enjoy having a dog, just as I enjoy having a few friends and other people in with whom I can feel alone even when I am not alone. They don’t push at me, poking through my boundaries. I felt this way often as the mother of an infant, especially when breastfeeding or watching a baby lie or sleep peacefully. There was this other creature, wordless, who gave me the presence of the moment to be myself in. (Epstein is very interested in the bond between mother and infant, especially because the Buddha lost his own mother — the first trauma — while a newborn.)

The other day in my cemetery, I let Winston pull me along. I did take some photographs to mark our path, but I avoided deliberately choosing a way that would take me to my favorite headstones and trees.

We went toward the stone retaining wall under the orange-gold tree.

Winston sniffed at the plantings around the stones. He lifted his leg more times than biologically necessary.

We walked around the tree but veered away from the stone wall.

Between one “neighborhood” of the cemetery and the next, there are uncleared and unplanted stripes of stone, trees, and fallen leaves and needles. We crossed into one.

There were enough stones and tree roots that I had to look down to avoid tripping. I saw the small smooth stone, left by a human, carved with the person’s name “LEE,” which also means “the sheltered side; the side away from the wind.” I knelt but did not touch.

I also looked up and out at the next neighborhood, the clusters of headstones a kind of population, the old trees that shaded and protected them.

I felt myself to be in a place of both space and time that I had been in many times before. There was something in the silence that sang.

The dog was unhurried as he sniffed the base of trees, longing for a squirrel yet still contented. I was humanly alone, but of course I was not.